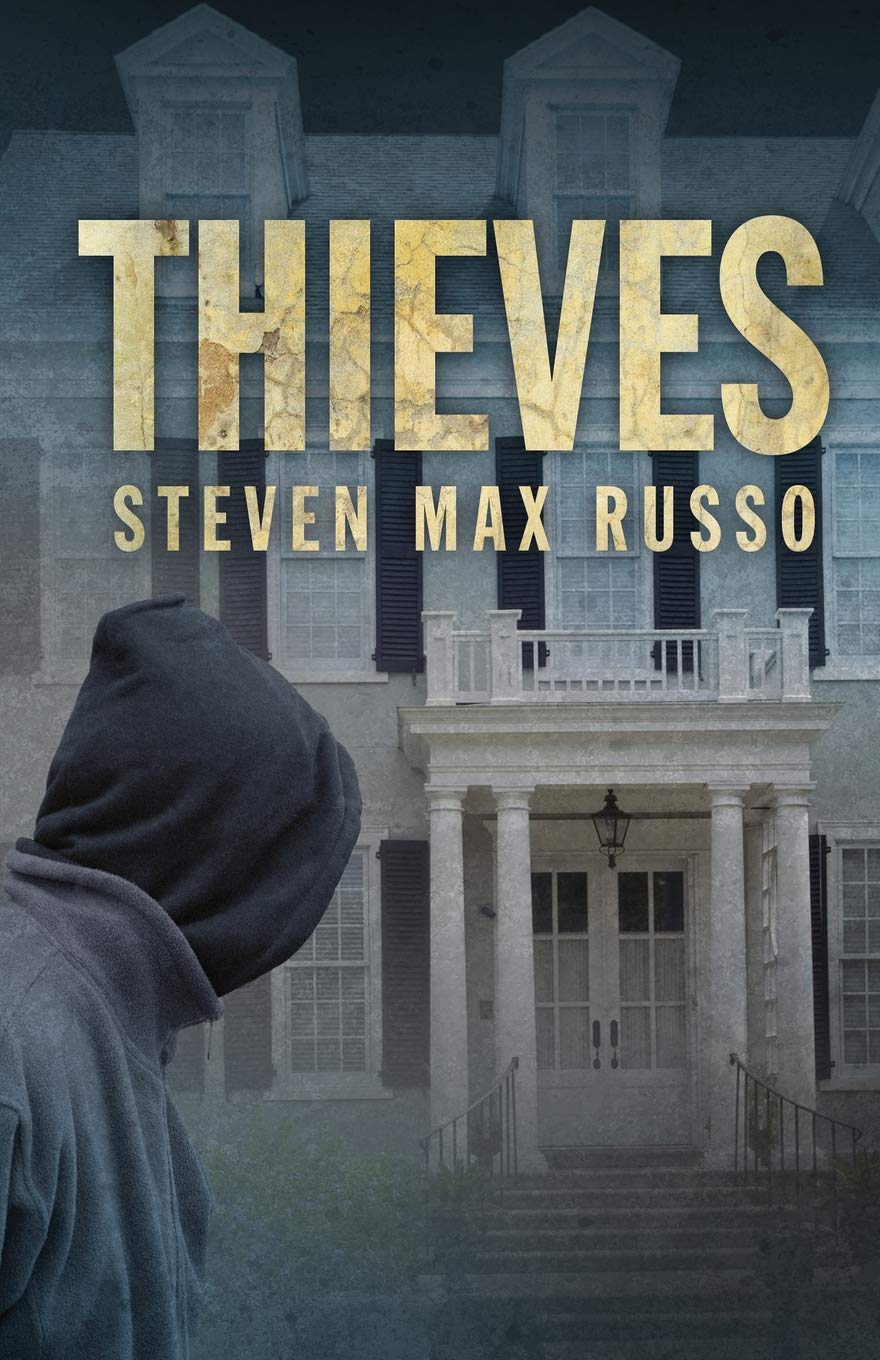 Thieves, the debut crime thriller by Steven Max Russo, delivers in spades. Initially the plot sounds simple and straightforward. Thanks to a tip from his friend Esmeralda who cleans for wealthy home owners, Ray Mundo and his newly-acquired friend Lamar Skooley set off to rob the upscale New Jersey home of the Russells who are on their annual one-month hiatus.

Things go wrong from the get-go, and they keep going wrong. How could they not once Skooley takes the helm. The man is the ultimate psychopath, a charmer who can “spin a yarn as tight and snug as a birthday sweater” and who knows when and how to put on and use his “great guy smile.”

Skooley sheds evil like a snake does its skin. The ease with which he defiles humanity and justifies his vial behavior is chilling. The Florida drifter quickly proves that Ray is no match for him but when he tangles with Esmeralda the odds level out as the plot intensifies. Esmeralda is smart, and after encountering Skooley she proves that she’s a quick study in the ways of thievery and deceit.

The author does an excellent job of fleshing out the characters, with the spotlight on Skooley and Esmeralda. Both of them are desperate. She works two jobs to support her mother and three younger siblings. He’s running from serious trouble in Florida. Both have needs and dreams that can only be satisfied with the kind of money the Russells can lay claim to and neither of them have. Lucky for the unlikely duo there’s plenty of cash stashed throughout the vacant home — the trick is knowing where to look.

Thieves is a page-turner, a tantalizing labyrinth of twists and turns. Russo takes his time in unspooling the story, letting each page ripple with the promise of the unexpected. Best of all, he keeps the reader guessing the outcome to the end.